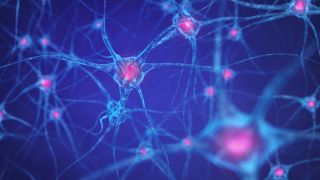 The coronavirus that causes COVID-19 can sometimes hijack brain cells, using the cells’ internal machinery to copy itself, according to a new study.

The research, posted Sept. 8 to the preprint database bioRxiv, has not yet been published in a peer-reviewed journal, but it provides evidence that SARS-CoV-2 can directly infect brain cells called neurons. Although the coronavirus has been linked to various forms of brain damage, from deadly inflammation to brain diseases known as encephalopathies, all of which can cause confusion, brain fog and delirium, there was little evidence of the virus itself invading brain tissue until now.

“We are actively looking at more patient tissues to be able to find how frequently such brain infections occur … and what symptoms correlate with infection of which areas of the brain,” senior author Akiko Iwasaki, an immunologist at Yale University, told Live Science in an email. In addition, scientists must still figure out how the virus enters the brain in the first place, and whether it can be kept out of the brain, the authors noted in their report.

Related: 20 of the worst epidemics and pandemics in history

To see whether SARS-CoV-2 could break into brain cells, the study authors examined autopsied brain tissue from three patients who died of COVID-19. They also conducted experiments in mice infected with COVID-19 and in organoids — groups of cells grown in a lab dish to mimic the 3D structure of brain tissue.

“This study is the first to do an extensive analysis of SARS-CoV-2 [brain] infection using three models,” said Dr. Maria Nagel, a professor of neurology and ophthalmology at the University of Colorado School of Medicine, who was not involved in the study. Previously, there were only “rare case reports” of SARS-CoV-2 RNA and viral particles found in post-mortem tissue from patients, Nagel, who specializes in neurovirology, told Live Science in an email.

In the organoids, the team found that the virus could enter neurons through the ACE2 receptor, a protein on the cell surface that the virus uses to enter the cell and  trigger infection. They then used an electron microscope, which uses beams of charged particles to illuminate the tissue, to peer inside infected cells. They could see coronavirus particles “budding” within the cell, demonstrating that the virus had commandeered the neurons’ internal machinery to build new copies of itself.

While setting up shop in infected cells, the virus also caused metabolic changes in nearby neurons, which were not infected. These nearby cells died off in large numbers, suggesting that the infected cells might steal oxygen from their neighbors in order to keep producing new virus, the authors noted.

“We do not know if similar events are taking place in infected people,” though there is some evidence they might be, Iwasaki noted. In the autopsied tissue, the team found SARS-CoV-2 had infected some neurons in the wrinkled cerebral cortex. Near these infected cells, they found evidence of “small strokes” having taken place, hinting that the virus might steal oxygen from nearby cells in the brain just as it did in the organoids, Iwasaki said.

Notably, the infected brain tissue was not flooded with immune cells, as might be expected. When the Zika virus or rabies virus invades the brain, a large number of immune cells usually follow, the authors noted. So it’s possible that when SARS-CoV-2 manages to infiltrate the brain, it may somehow escape the body’s typical defense against such invasions. It’s not yet known how this unusual immune response might affect the course of the infection, but it may make the virus more difficult to clear from the brain. And though few immune cells flock to the site of infection, dying neurons nearby can trigger a chain-reaction in the nervous system that still leads to harmful inflammation, the authors noted.

Finally, in the mouse experiments, the authors genetically modified one group of mice to express human ACE2 receptors in their brains, while another group of mice only bore the receptor in their lungs. The first set of mice rapidly began losing weight and died within six days, while the second set did not lose weight and survived. In addition, in the mice with brain infection, the arrangement of blood vessels in the brain changed dramatically, presumably to redirect nutrient-rich blood to “metabolically active hot spots” where the virus had taken over, the authors wrote.

The organoid and mouse studies offer hints at how lethal SARS-CoV-2 can be if it reaches the brain. But now, scientists must see if the same results carry over to humans.

“Every experimental system has its limitation,” Iwasaki noted. For instance, COVID-19 infection may progress differently in mice than it does in humans, and while organoids somewhat resemble a mini-brain, they do not contain immune cells or blood vessels like the full-size organ, she said.

In addition, “in humans, virus is not directly introduced into the brain” as it is in mouse experiments, Nagel said. Scientists will need to examine more autopsied tissue from COVID-19 patients to determine whether the findings of this preliminary work hold up in larger groups of people.

Nonhuman primates infected with SARS-CoV-2 could also serve as research models, since the supply of human brain tissue is limited, Nagel said.RELATED CONTENT

—The 12 deadliest viruses on Earth

“Virus may be present in specific brain regions or may have more indirect effects on neurological function,” Nagel added. In particular, some patients experience symptoms reminiscent of chronic fatigue syndrome for months after their initial COVID-19 infection takes hold; it’s been suggested that the syndrome arises from changes in hormone function regulated by the specific parts of the brain, she noted. Another key question is whether the “virus affects the respiratory center in the brainstem — contributing to respiratory failure in critically-ill COVID patients,” she said.

What’s more, scientists still need to figure out how the virus sneaks into the brain in the first place.

When scientists learned that COVID-19 can disrupt people’s ability to smell and taste, some theorized that the virus might infect the brain directly by traveling through nerves in the nose, Live Science previously reported. The virus may invade the brain through the nose, Iwasaki agreed, or it might enter through the bloodstream by crossing compromised regions of the blood-brain barrier — a wall of tissue that normally separates brain tissue from circulating blood and allows only certain substances through. Learning what route the virus takes into the brain will be key to preventing and treating the infection, the authors noted.

Source >>> A new Oxfam report finds the world’s top food and beverage companies have improved global social and environmental policy commitments, but struggle to turn them into action on a local level. PUBLISHED 03-17-21 SUBMITTED Read more…

Amplifying the role of media for a sustainable future

Source >>> Latest news Published on 03.03.2021 Bioeconomy Capacity building MediaNetwork Training A new online edition of the EFI Lookout Station’s Solution Hack for Journalists begins on 4 March, bringing together 16 journalists from all around the world. The Read more…

Bake Fairtrade Espresso Mocha Brownies with Waitrose and Will Torrent