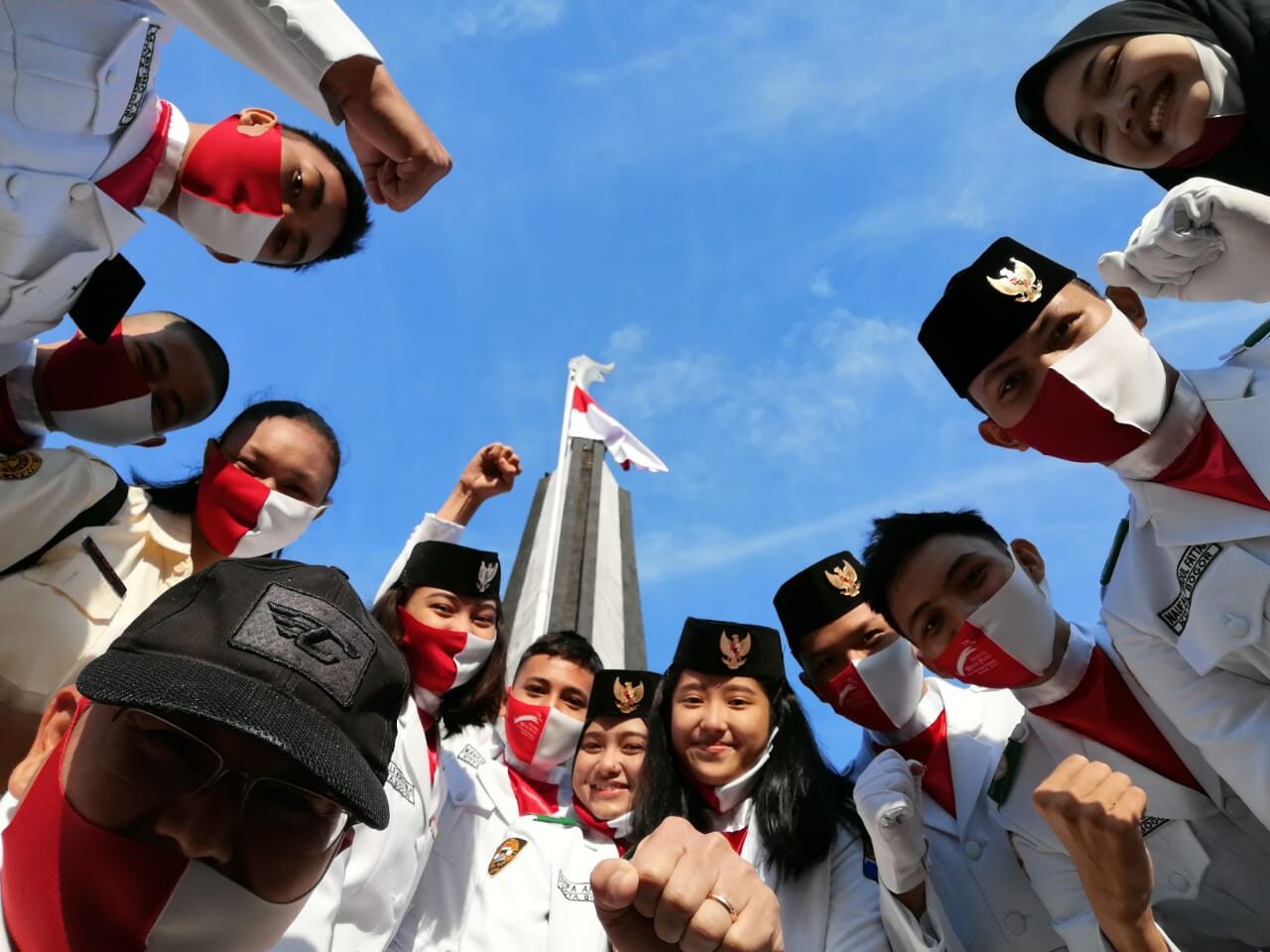 No Comments on A second Trump term would be ‘game over’ for the climate, says top scientistPosted in Uncategorized By adminPosted on October 3, 2020October 3, 2020

Michael Mann, one of the world’s most eminent climate experts, says Earth’s future ‘is in the hands of American citizens’Mark Hertsgaard@markhertsgaardFri 2 Oct 2020 11.00 BST

This article is published as part of Covering Climate Now, a collaboration of 400-plus news outlets to strengthen coverage of the climate story. The Guardian is the lead partner of CCN.

Michael Mann, one of the most eminent climate scientists in the world, believes averting climate catastrophe on a global scale would be “essentially impossible” if Donald Trump is re-elected.America’s year of fire and tempests means climate crisis just got very realRead more

A professor at Penn State University, Mann, 54, has published hundreds of peer-reviewed scientific papers, testified numerous times before Congress and appeared frequently in the news media. He is also active on Twitter, where earlier this year he declared: “A second Trump term is game over for the climate – really!”, a statement he reaffirmed in an interview with the Guardian and Covering Climate Now.

“If we are going to avert ever more catastrophic climate change impacts, we need to limit warming below a degree and a half Celsius, a little less than three degrees Fahrenheit,” Mann said. “Another four years of what we’ve seen under Trump, which is to outsource environmental and energy policy to the polluters and dismantle protections put in place by the previous administration … would make that essentially impossible.”

None of Mann’s 200-plus scientific papers is more famous than the so-called “hockey stick study”, which Nature published on Earth Day of 1998. With two co-authors, Mann demonstrated that global temperature had been trending downward for the previous one thousand years. Graphed, this line was the long handle of the hockey stick, which surged abruptly upwards in about 1950 – represented by the blade of the stick – to make the 1990s the warmest decade in “at least the last millennium”.

In 1999, Mann became an assistant professor at the University of Virginia, where he was targeted by the climate denier crowd, an experience detailed in his 2012 book The Hockey Stick and the Climate Wars. He received death threats, he says, and had emails stolen. Virginia’s former attorney general Ken Cuccinelli, a hard-right Republican, subpoenaed documents related to Mann’s research funding in an effort to prove fraud. A Washington Post editorial blasted Cuccinelli for “mis[using] state funds in his own personal war against climate science”. In 2014, affirming a lower court’s decision, the supreme court of Virginia ruled against Cuccinelli, who now serves as a top official in Trump’s Department of Homeland Security.

Mann denies that it’s a partisan statement to say that four more years of Trump would mean “game over” for the climate.

“It is a political statement, because it speaks to the need to enact policies to deal with climate change,” he says. “But it isn’t partisan to say that we should act on this crisis.”

It’s also a scientific statement, Mann adds. Two years ago this month, scientists with the United Nations’ Intergovernmental Panel on Climate Change published a landmark study, Global Warming of 1.5 Degrees, which found that humanity had to cut heat-trapping emissions roughly by half by 2030 to avoid catastrophic climate breakdown. Headlines warned we had “12 years to save the planet”. Those 12 years are now 10.

Except more than two years have been lost, because in that time, the Trump administration has prevented the world’s biggest economy from making “the dramatic reductions that were necessary to keep us on that path” of halving emissions by 2030, Mann says. “So now the incline is steeper. It’s no longer 5% [reductions] a year for the next 10 years. It’s more like seven and a half per cent.” (As a comparison, 7% is how much global carbon emissions are projected to fall in 2020 due to the Covid-19 economic lockdowns that shrank driving, flying and other carbon-intensive activities.)

This is a Tolkienesque battle between good and evil, and Sauron needs to be defeated on election day

The numbers get unrealistically challenging if Trump gains another four years as president.

“Four more years of relative inaction, of flat emissions, means that four years from now that number might be closer to 15% [emissions reductions] a year,” Mann says. “And that may be, although not physically impossible, societally impossible. The rate at which we shift away from a fossil-fuel-driven infrastructure, it just may not be economically possible or socially viable to do it that [fast].”

‘Our destiny is determined by our behavior’

Fortunately, there is encouraging news about climate science as well. It was long thought that Earth’s climate system carried a substantial lag effect, mainly because carbon dioxide remains in the atmosphere, trapping heat, for many decades after being emitted. Even if all CO2 emissions were halted overnight, global temperatures would keep rising and heatwaves, droughts, storms and other impacts would keep intensifying “for about 25 to 30 years”, Sir David King, the former chief science advisor to the British government, said in 2006.

Mann says research over the last decade has overturned this interpretation.It’s time for America to reassert climate leadership. It starts with voting | Michael MannRead more

Using new, more elaborate computer models equipped with an interactive carbon cycle, “what we now understand is that if you stop emitting carbon right now … the oceans start to take up carbon more rapidly,” Mann says. Such ocean storage of CO2 “mostly” offsets the warming effect of the CO2 that still remains in the atmosphere. Thus, the actual lag between halting CO2 emissions and halting temperature rise is not 25 to 30 years, he explains, but “more like three to five years”.

This is “a dramatic change in our understanding” of the climate system that gives humans “more agency”, says Mann. Rather than being locked into decades of inexorably rising temperatures, humans can turn down the heat almost immediately by slashing emissions promptly. “Our destiny is determined by our behavior,” says Mann, a fact he finds “empowering”.

This reprieve will not necessarily spare polar ice sheets or evade tipping points that cannot be recrossed, the scientist cautions, and Earth is already experiencing “much more extreme weather … than we expected 10 years ago”. Greenland and Arctic ice is already melting after the current temperature rise of 1C, or 2.7F, above preindustrial levels, and it will continue melting even without further warming. The resulting possibility of “massive sea level rise” is one example of why Mann says that humanity is “walking out on to a minefield” of tipping points: “The more we warm the planet, the more of those unwelcome surprises we might encounter.”Guardian/Vice poll finds most US 2020 voters strongly favor climate actionRead more

In the face of this urgency, Mann broadly supports implementing a Green New Deal. This he defines as a vast government effort that deploys both regulations – for example, no more coal plants – and market mechanisms like carbon pricing to transition away from fossil fuels as rapidly as possible. In the coming weeks, he adds, there is no more important way for US citizens to exercise agency than to vote – vote for candidates who support such a transition, such as Joe Biden, and against Donald Trump and other Republicans who obstruct it.

“The future of this planet is now in the hands of American citizens,” he says. “It’s up to us. The way we end this national and global nightmare is by coming out and voting for optimism over pessimism, for hope and justice and progress over fear and malice and superstition. This is a Tolkienesque battle between good and evil, and Sauron needs to be defeated on election day here in the United States.”